This post wedding shoot confirmed for us what we already suspected. John is crazy...but in the best possible way. He dreams big, and with the boundless enthusiasm of a child, he makes his dreams a reality. Think I'm kidding? Check out the photos below.

In the short time we've spent with them, I can tell Shelley and John have a great relationship- full of mutual respect, patience, and a good sense of humor between them both. They also share an appreciation of vintage-yet-modern style and a love of spontaneity (have you seen their wedding pics?) They ended up with a very unique dress that celebrated these facts. (I say they, because Shelley and John planned every aspect of their wedding together.) Shelly's wedding gown by Jorge Manuel featured a detachable bottom. Shelly and John decided to make a big splash at their reception and had the gown altered so that the bottom would come undone with the pull of a ribbon during their first dance. The surprise went off beautifully as planned, however, it didn't allow us to include this feature of the dress in the wedding portraits earlier that day. Hence, the post wedding session.

We chose the Wyoming Valley Airport in Forty Fort (near Wilkes Barre, PA) for the location. John imagined rolling up to Shelley and having her cut away the bottom of her gown so that she could more easily run away with him. He put a lot of planning into making this idea a reality. He tracked down a vintage car to match the colors of the bi-plane. He got Shelley another bouquet from the florist. He even got another mini-cake to surprise her with later that evening. There were numerous other details he thought of that blew us away: he brought a ladder for high vantage point shots, vintage scissors, a second bow tie so he could make a quick change, and so on. He helped plan this shoot with the efficiency and skill of a producer.  I think it is safe to say that John was committed to getting some truly fabulous photos of him and his bride.

We all had a blast. This entry features the runway fantasy. I'll post another entry on the second half of the shoot where Shelley took it off (the lower half of her dress that is) and we explored the rest of the airport.
Stay tuned and enjoy! 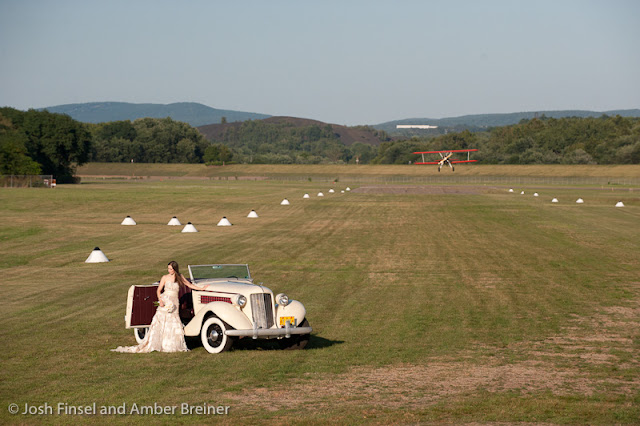 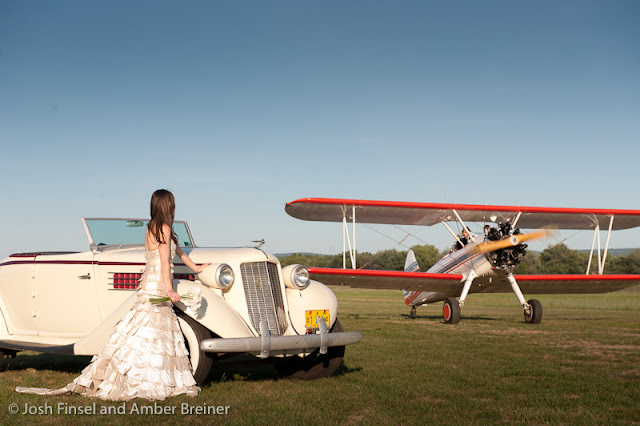 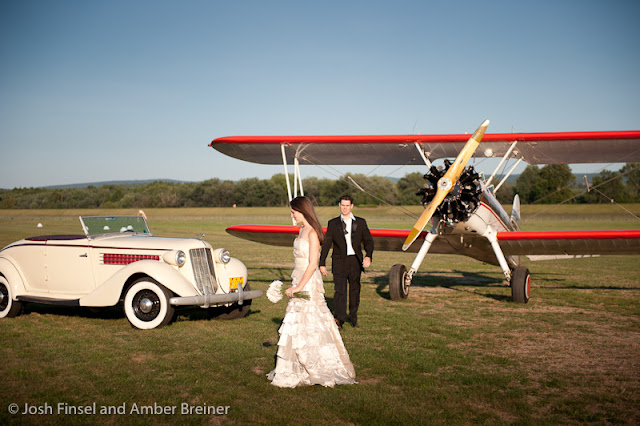 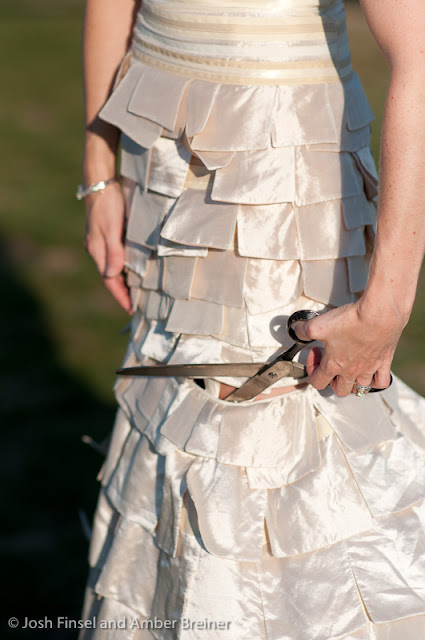 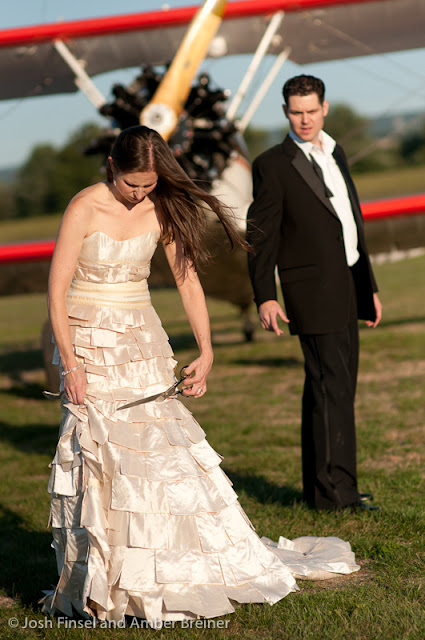 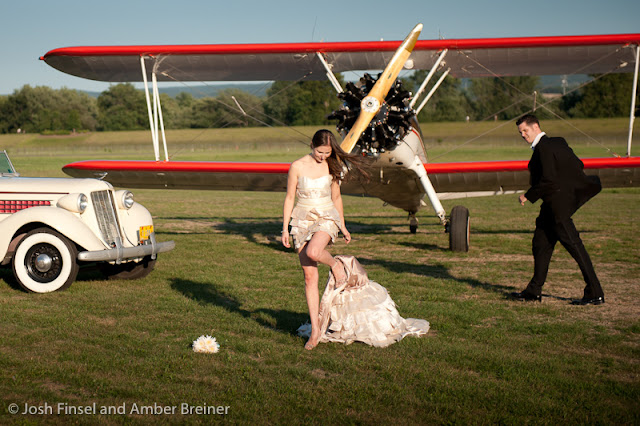 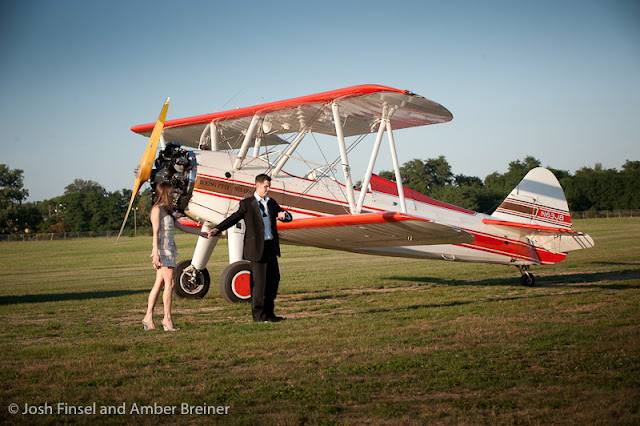 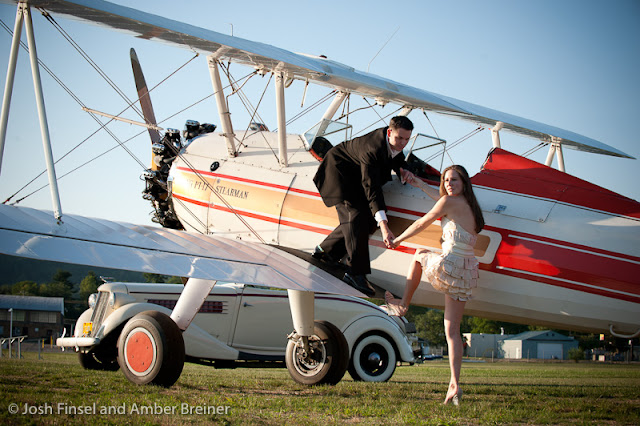 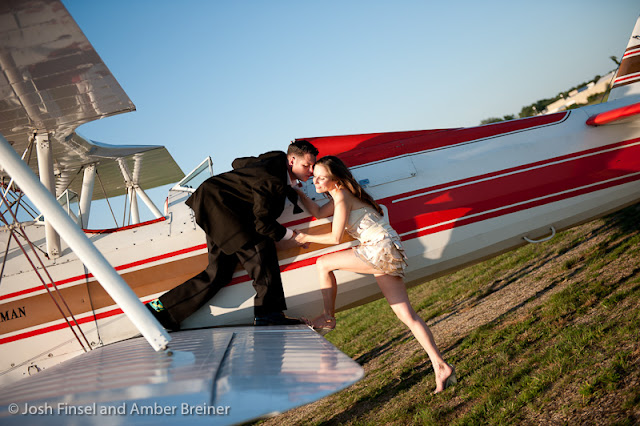 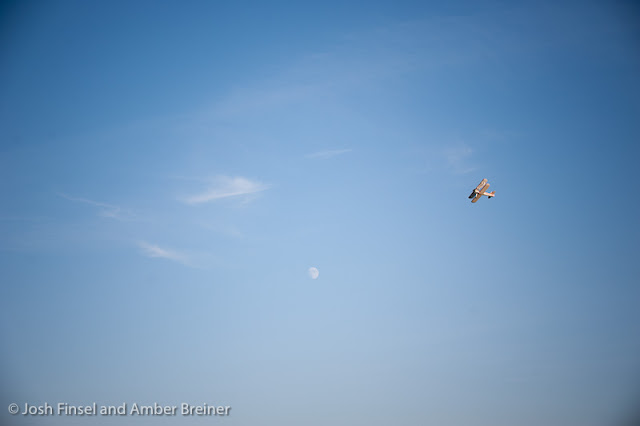 That’s right, I am and will always be a CRAZY kid at heart. I love dreaming BIG and making those dreams turn into reality. Just like my one dream of finding and marring my perfect girl. That dream came true. I am so in LOVE with her!

Josh and Amber thanks so much for making all our pictures pop and look like a fantasy storybook. I dreamed of having the best photographers for our special day. The photos you manage to capture exceeded my dreams and all my expectations. Thank you so much.